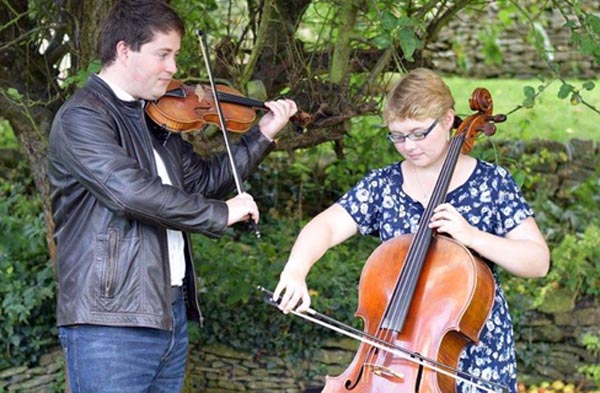 Brighton based Celtic Folk Duo ‘An Dha’ will be playing a free preview of their Fringe show in store at Ackerman’s Music shop in Brighton to promote music education in the local area.

This performance follows their concert in aid of local music charity Encore in early April and their series of performances to local young musicians through BHMA (Brighton & Hove Music and Arts) in late April/early May.

Recently described as ‘a stunning Duo’ by BBC Radio Scotland’s Bruce MacGregor, An Dhá won the London Fiddle Convention Competition in 2016 and then went on to win the prestigious Celtic Connections Danny Kyle Competition earlier this year.

Jaya Hanley, An Dhá’s Fiddle Player, said: “We are passionate about inspiring young children and showing them how fun playing music can be. As a third generation Brightonian the wonderful musical opportunities Brighton has to offer were incredibly important to me as a child.

“After several popular performances in the fringe festival last year with their ‘Highly Recommended’ (Fringe Review) show Urban Folk Music An Dhá’s new show Supertigers will explore what it means to play traditional Celtic music infused with Jazz. An Dhá will be playing four shows at the Brighton Komedia and three shows at the Brighton Buddhist Centre during the festival.”