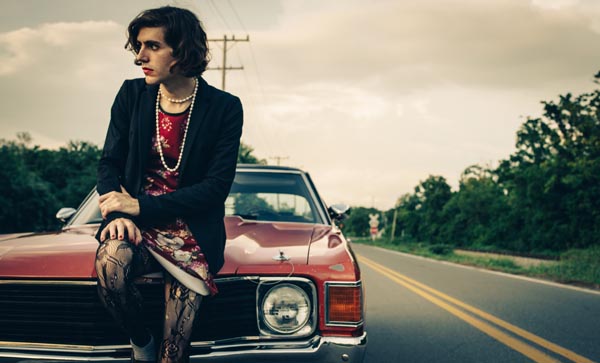 One of Guest Director David Shrigley’s picks is the Chicago’s rock & roll hero, Ezra Furman – a performer that has to be seen to be believed.

Fans of Chicago’s gender fluid rock’n’roll hero will testify as to the electric energy of his live shows that teeter on the edge of hysteria.

His onstage presence, hook-laden garage-punk (think Jonathan Richman meets Spector-era Ramones meets The E Street Band), and confessional lyrics about sexuality, depression, faith and politics, have all earned him a legion of followers on both sides of the Atlantic.

Back with his newly re-christened band The Visions, and hot on the heels of the release of latest album Transangelic Exodus, this is a performer that must be seen to be believed.