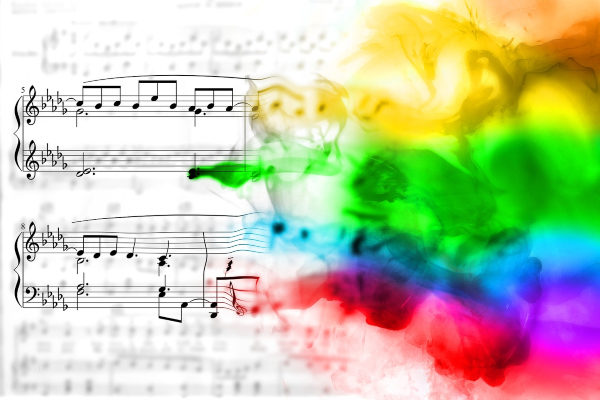 Brian Butler does a round-up of what’s on offer this Christmas from Brighton & Hove’s LGBTQ+ choirs and finds joy unbounded all round.

Most of Brighton’s highly talented LGBTQ+ choirs have two outings a year and their winter offering is in the run up to the festive season for  those who celebrate it.

This year sees concerts throughout December at various churches in Brighton and Hove, with offerings that are festive but also unusual.

Kicking off the season, Stefan Holmstrom directs his two choirs – the all-male Resound and the   Women’s group Rebelles in Sugar and Spice . Stefan told Gscene : “ we are excited to be putting  together a show that will feature both old favourites and some new pieces – the spice of the title features songs from India, Africa and Sweden.”  Their concerts are at St George’s Church, St George’s Road, Brighton on 6 and 7 December.

On the same opening night – 6 December – an alternative is offered by Brighton Gay Men’s Chorus, at All Saints Church, the Drive, Hove. Led by chorus director  Joe Paxton . It says “ we will transport you into an enchanting and joyful festive atmosphere, with classics old and new in the glorious acoustic of this church. “

Take the week off but be sure to catch the Rainbow Chorus, led by Aneesa Chaudhry on 14 December with their Phantom Festivities again at St George’s Church. It promises a range of Christmas classics and treats from the Vivaldi Gloria to a festive spooky medley from the Phantom of the Opera.

And last but not least, the following weekend on 21 December , Actually Gay Men’s Chorus will give us Let It Snow ! ( let’s hope it doesn’t ). Conducted by Samuel Cousins, the concert will have guest performances from Karen Orchin, drag diva Kara Van Park, and the group’s own brass ensemble.

Be aware that these concerts sell out quickly and there are only returns for the Actually concert.