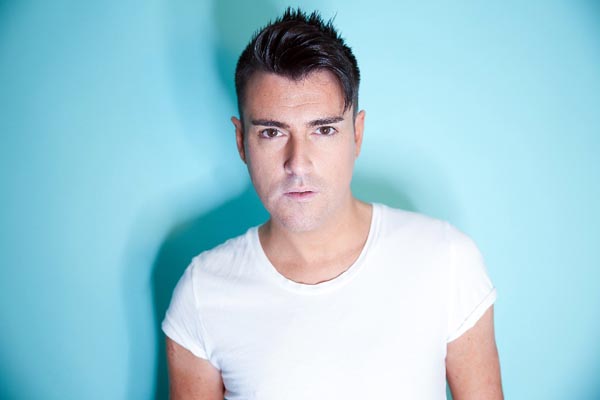 Songwriters Jason Prince and Lewis Greenslade originally wrote the heart touching ballad The Best Is Yet to Come for Cilla Black.

The singing household legend had already recorded tracks by the writing duo, but following her death last year she never got the opportunity to perform the ballad.   Immediately the writers learnt of the sad demise of established recording artist, Glaswegian born Allan Jay’s mother, they submitted the track to Allan’s record label, Energise Records.

Allan said: “The song is about loss and finding that strength to go on – the lyrics really hit home.”

Irvine-based Jay, Finalist of Entertainer of the Year 2015 at the Icon Awards in Scotland, acknowledges that the tragic loss of his mum after a short illness had made him reflect on the impact of bereavement.

He added: “Cruse does amazing work and because they don’t put a time limit on grief, irrespective of how long ago your loss occurred, they are there to help.  I wanted to do something to let people know there is support out there to help them and if this song manages to raise awareness, plus funds for Cruse then that will bring me great comfort”.

Stewart Wilson, Chief Executive of Cruse Scotland, said: “We are delighted that Allan has offered to donate a share of the proceeds to Cruse Scotland. The impact of bereavement on individuals and families is often overlooked, yet for many it can have a devastating impact. Support like this is invaluable to ensure Cruse Scotland can continue to deliver bereavement care when it is needed.”

Currently signed to Energise Records, Allan has enjoyed chart success on an international level, primarily with upbeat dance hits and was Reloaded Music Awards Best Male Artist in 2015. His vocal and dancing skills have secured him extensive tours in musical theatre productions, plus voice-overs for Disney.

The track will be launched at a charity fundraising night at Wild Cabaret, 18 Candleriggs, Glasgow, on Wednesday, November 2 @ 7.30pm.

To purchase a ticket  for the charity night costing £20 which includes a copy of the single, click here:

The song will be available to download via iTunes, Google and Amazon from Friday, November 4.