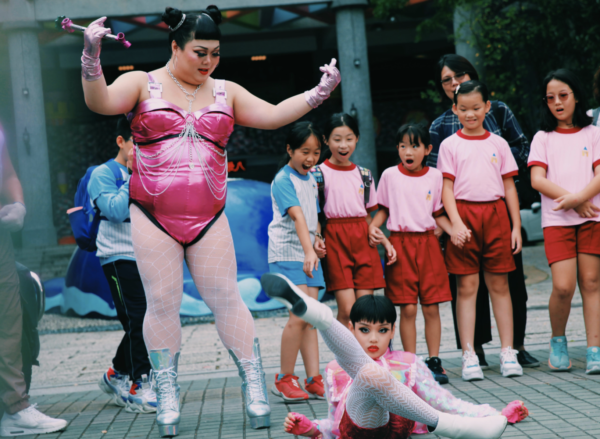 Organisers of the Iris Prize LGBTQ+ Film Festival have announced the shortlist of 36 films competing for the prestigious Iris Prize for the best international short film. This year, the festival returns in person from October 11 – 16. The box office opens on September 16, with full festival passes, day tickets, and weekend tickets available. CLICK HERE for tickets.

This year’s shortlist features films from 18 different countries, including three from the UK and three from Ireland. Full details of programmes and showtimes can be found HERE

Iris Prize has 25 partner festivals who nominated 21 of the shortlisted films, with the remainder chosen by a pre-selection jury. The shortlisted films are presented in nine separate programmes, with stories ranging from coming-of-age teenage tales, to horror comedies, through a journey encompassing designer babies, and the moving stories of people looking for love and companionship in the autumn of their lives.

Berwyn Rowlands, Iris Prize Film Festival Director, said: “We are pleased to unveil our fantastic shortlist of the best of the best in LGBTQ+ filmmaking. We have filmmakers from 18 countries, representing full diversity, actively engaging across the LGBTQ+ community. The uniting factor in all 36 films is an exhilarating celebration of lives of LGBTQ+ people across the world.

“It is especially poignant to be welcoming our domestic and international filmmakers and guests back to Cardiff, for the first in person, since 2019. We hope you come to enjoy a festival of film and also take part in the ‘fringe events’ such as the first Iris gig at the legendary Cardiff venues, Clwb Ifor Bach and the other nightly parties during the week.’

Full details about Iris Prize can be found HERE