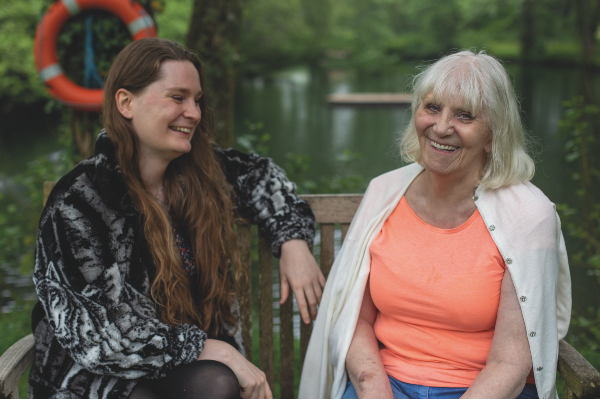 Inverness or Bust is an incredible story of friendship, allyship and Trans Pride set in the backdrop of 1970s Britain. Currently in production, this documentary feature film focuses on a historic road-trip that a group of transgender people took in 1975 to visit a sympathetic doctor in Inverness, Scotland.

At the time, the term ‘transgender’ hadn’t even been coined and trans people faced an incredible amount of stigma and discrimination. Getting medical treatment was very difficult, but a few trans people caught wind that a surgeon in Inverness was willing to talk to them about medical treatment. So they took to the road.

In this documentary, Carol, Nemo and Stephen, three of the original group, will be joined by filmmakers from My Genderation, a non-profit which produces films that celebrates trans lives and experiences. They will be hitting the road again, retracing the steps of the original journey and taking a trip down memory lane. Along the way they will meet up with young trans people across the UK. This will allow a crossgenerational conversation between trans people, while offering valuable insight into trans history and how things were, how things are now, and where we still need to go.

The film will expand upon what was going on in their lives when they were in their 20s and 30s. Cinematic dramatisations will bring this story to life. They plan to have trans actors re-enacting what the gang describes in their personal interviews. Three different versions of the truth will piece together the story, which includes love triangles, family dramas and strangers with eyes on stalks.

Being transgender in 1970s UK was incredibly difficult, and medical care was scarce or nonexistent. All of the contributors were pioneers in their own rights – whether that was fighting for themselves, starting up support groups advocating for better treatment and the legal rights of transgender people in the UK. These are the stories of survivors; people who lost their jobs, their friends, were disowned from their families, some also placed into mental asylums.

Preserving transgender history is more important now than ever as stories are rarely told and kept. This year marks 45 years since that faithful journey, and the original members of the group are mostly in their 70s and older, with some of them having already passed away. The filmmakers want to honour their memory and by taking the trip once again, allow different generations of transgender people to connect and share their stories.

Talking about the importance of this film, filmmaker Owl said: “A lot of our contributors were not able to be openly themselves or to have a voice to tell their stories back then and haven’t even still been able to – so we really want to elevate those voices and help them heal the past.”

But this journey comes at a cost. Through My Genderation’s crowdfunder they have been able to buy decent second-hand kit, but there is nothing left to pay any crew members.

Filmmaker Fox Fisher acknowledges that, while “I’m used to working for free, it isn’t sustainable and I wouldn’t expect anyone else to”, they continue to fundraise to meet the costs of the project and are currently a quarter of the way towards their target of £50,000. The money raised will all be used for production costs for the film and will be vital in ensuring they can carry out the project.

Filming has already begun. “We filmed with Carol a few weeks ago,” says Fox, “We are still learning so much, even after nine years of filmmaking.

“Unfortunately, all the funding we took time to apply for hasn’t been successful. It’s immensely frustrating as trans filmmakers to not have the support in telling trans stories. Our trans history is so important and without documenting it we risk losing these stories forever.”

Fox says that there is potential support from a car manufacturer, who has offered use of a vehicle to support the road trip. They have also been writing a fictional version as a series, which has already had interest from a pop star who may invest in the project.

“We plan to make the documentary first, which will help spark interest and more support for the fictional series. We ask that anyone who might be able to help to get in touch, so we can do this story justice.”

By doing dramatisations and taking the same journey up to Inverness, they hope it will be an engaging and insightful documentary. “With your help we will be able to make it happen,” says Fox, “and you’ll play a part in telling a story that might otherwise be forgotten.”

To donate to the project: www.gofundme.com/f/invernessorbust