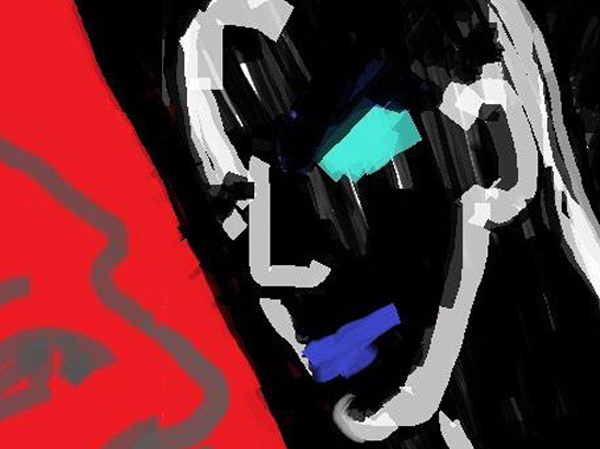 Mark Kydd deftly interwove fiction with reality at I Look: I Divine, a semi-autobiographical story of growing up gay in Dundee, where the only club was The Beez Knees, a misnomer if ever there was one!

Growing up as the more flamboyant of two brothers in the 1970s and 80s, Mark used introspectic anecdotal monologue to captivate the audience, all peppered with scenes from obscure 1980s novel I Look Divine, a work that centres around two gay brothers, one of whom is Nicholas, a self-absorbed, narcissistic young man who succumbs to age despite countless preventive ministrations.

Told with humour, a penchant for origami, and charming self-deprication, “We planned two versions of this show; this is the one with no budget!” Mark used music and mimicry to segue from one scene to the next: we’re in Edinburgh, we’re dipping our toes into its gay scene,  we’re asking the question is his brother really in love with Donna Summer?

Interspersed with cliff hanger revelations, faded memories and dusty family secrets, I Look: I Divine is a story many of us can relate to, a story stranger than fiction!

Event: I Look: I Divine

The show is part of The Brighton Fringe.