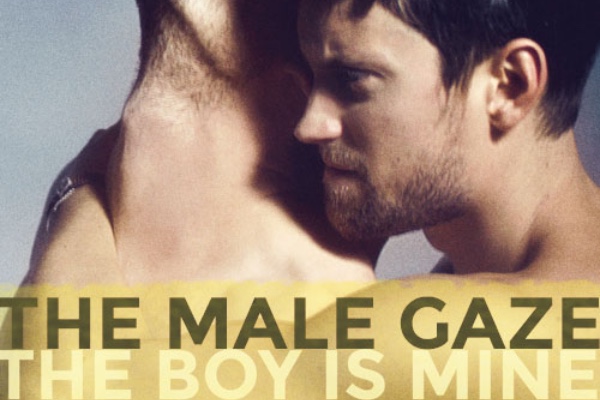 New Queer Visions has put together an intriguing collection of short films from the UK, France, USA, Sweden and Mexico which seek to explore the beginnings of male sexual awareness.

This latest collection in its Male Gaze series starts with Uneven, a funny, quirky tale of a young gay man and his single sock, sadly full of holes. The sock, due to clever filming, has a personality, movement and a voice – but I left not fully understanding the film’s significance.

Wolves is an altogether more gripping offering from the London Film School. Beautifully filmed mostly in a bleak leafless wood, it follows a young man whose sexual awareness is counterbalanced by his belligerent father. When Josh comes across the semi-naked Blaine , he brings him clothes, food and comfort. The film poses many questions – is Blaine a boy of nature, a wild untamed beautiful thing or just another banished soul?  The title Wolves doesn’t definitively  tell us.

The eponymous Johnny is also a wild creature – an ex-florist who parties till he collapses but has a rugged attraction to the young, shy Aurelien. Their up and down relationship is strangely fascinating. Johnny is ambitious, Aurelien  is aimless and sad and withdrawn. Are they a good long-lasting match ?

Guardian is dripping in symbolism, opening and closing as it does with the ominous crashing waves of the ocean. Its  central character Manuel is again a young gay man at odds with his homophobic father and guided by his missing mother who communicates via video tapes. It could certainly be developed further.

Details or watch now at nqvmedia.com