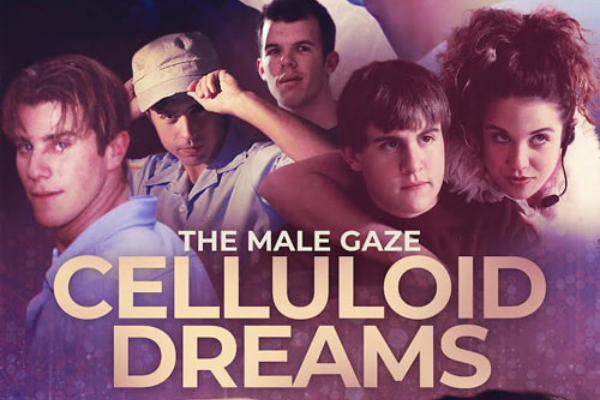 The latest compilation of Queer films in the Male Gaze series from nqv media includes some tantalisingly short and mysterious offerings.

Just Out Of Reach is over before it’s barely begun, with a young man leaving I presume a one-night stand with a much older guy, and that’s it – over.

Toto Forever is no straightforward story – in flashbacks we work out that a young  delivery boy gets involved with a gangster who owes money, with a violent outcome. It owes a lot to the manga tradition, and indeed slips in and out of graphic depiction.

Men Don’t Cry is another mixing of the generations, where a young rather manic guy turns up in torrential rain at the apartment of a much older man who it appears had sex with him in a Gay club some time in the past. It’s moody, sinister and gripping and we leave wanting to know more.

Alger La Blanche is a story of a fraught Queer relationship between Farid, of Algerian heritage, and his illustrator boyfriend Jean. Set in the suburbs of Paris, it tells us that Farid wants to return to Algeria and take his secret partner with him. But there’s an unexpected, tragic and inexplicable finale. It has a naturalistic, almost documentary style but needs some re-development to my mind.

Unconfessions I had to watch twice to realise it’s a true story about Brazilian actor Luiz Roberto Galizia ,who died tragically young from AIDS. Some 30 years later his niece pieces together his life story from stills and Super 8 footage he had taken. It’s clever, gripping and ultimately sad.

Same Difference is a very witty, well-made drama about twin brothers Noel and Leon ( mirror spellings), rugby playing students and their love triangle with Abi, their inseparable female friend. It’s a story of sexual awareness and Queer coming of age. Star of Queer As Folk, Keniro, is mesmerising as the twins.

And finally, Boychick is a very funny film about a Yiddish teen boy shy of his Queerness, and constantly humiliated by his gobby mother. He seeks solace in his fantasies of dancing with singing star and Queer icon Ashley Hart. If only the passage into Queer adulthood could be a dance routine !

The films are available on various platforms. To watch go to nqvmedia.com