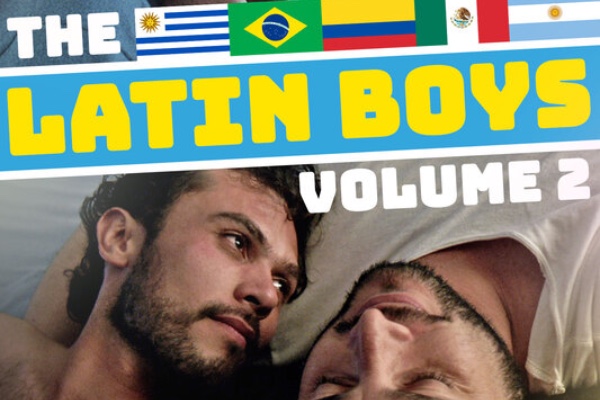 NQV Media have put together another eclectic menu of Queerness – this time with an emphasis on South American Latin boys and it’s a mixed crop.

Seat Belt shows us two Queer dads embarking on adoption , where one is much  more doubtful about it than his partner. Set against an inexplicable sound symbol of an incessantly  dripping water  tap, there is sudden tragic death , the numbness of loss and an interesting though not fully  developed storyline.

Before It’s Too Late is set in Brazil at the start of 2019, where against the background of the rise of right-wing President Bolsanaro, two hugely popular  teenage Country and Western boys win a major award and decide it’s time to reveal their true sexuality.

Set in Uruguay Ajar features Bruno and Felipe who are flat mates in a new apartment. After a flat-warming party their friendship becomes something else  .

Guacho is curious in that I couldn’t decide if the dialogue was stilted, or maybe just improvised . It’s a tale of aimless street kids who are thrown together by fate and adversity and who seem to find their true sexual identities, despite a brutal encounter with the police .

The Grey Zones begins with a young guy having undisclosed tests for “ the virus “due  to his history of risky sex. His dull claustrophobic life with his younger brother is alleviated by a sexual encounter.

Orizaba’s  Peak is a dark comedy of misunderstanding  about “ coming out “ , being an actor, “ not coming  out “ and mates drinking.  It’s clever and funny.

To watch go to nqvmdia.com