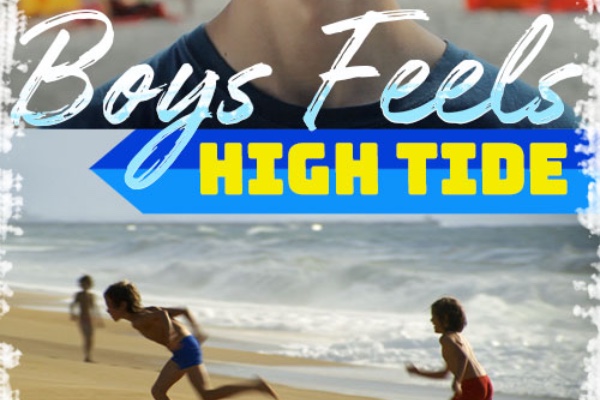 New Queer Visions never cease to surprise and intrigue in their packages of queer films from around the world. One of their latest – Boys Feels: High Tide – is no exception taking young boys’ experiences  of emerging sexual understanding and presenting them  in highly polished film shorts.

Ocean shows us the summer of 1979 when 10 year-old Jean sees the break-up of his parents’ relationship while at the seaside. It looks like he’ll have to adjust when a tragedy in the water turns his uncertain youthful life upside down.

Go-Daan-Go ! -is a beautifully emotional growing-up story of 9-year-old Daan , who takes up swimming at a competitive  level after he finds his mother’s old swimming medals in the attic. It’s a story of hopes, fears, an uncertain future and a sad past.

The Boy In The Ocean features 12-year-old Matthias who has his first sexual experience on a boat out at sea. His moody entry into puberty leads him to a strange attraction to a girl and further uncertainty.

Beach-Boy is about another moody youngster,  Dimi,  who spends the summer with his older brother and makes an inappropriate approach to the brother’s new girlfriend. It’s got angst, regret, embarrassment . Will he prosper or go another way?

The films are available on Amazon and Vimeo

Go to nqvmedia.com for more information