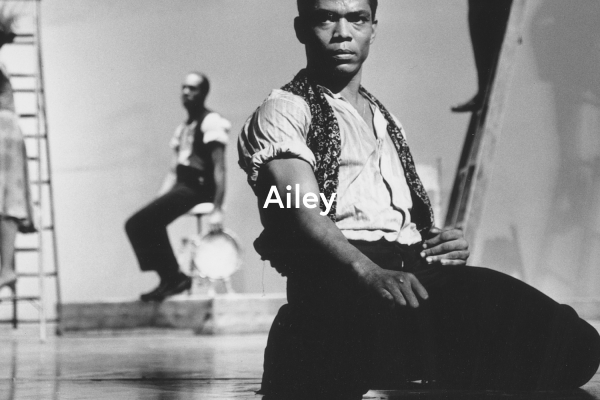 Jamila Wignot has created a wonderful, searingly honest and fascinating glimpse into the creative life and private angst of one of the greats of American dance theatre Alvin Ailey.

The film features rehearsal and performance extracts, as well as film and audio interviews with the absolute genius, who died of AIDS in 1989. He charts his upbringing in poverty – he helped his mother pick cotton, aged 4 – to the heights of his illustrious career as dancer, choreographer and founder at the age of 27 of the Alvin Ailey American Dance Theatre, in New York.

And there’s marvelllus footage of the rehearsals by Rennie Harris of a tribute show to mark the dance company’s 60th birthday in 2018. Ailey’s vision was to see what he calls” Black bodies unshackled, and overflowing with feeling”. Later in the film it’s clear that Ailey’s contribution to the civil rights movement was not to march, but to create ballets that celebrated Black culture and the struggle of the Black community.

He is a searcher for truth in movement, and as he tells us: “dancing hurts, and you don’t make much money”. Starting with the evocative Blues Suite in 1958, Ailey shows that his unique skill was to blend Gosepel, Blues and modern sounds to re-create the struggle of his people against adversity, racism and homophobia.

His early technique owed a lot to his teacher the legendary Martha Graham, and he tells us: “ a plié has to have some kind of emotion”. Contributing choreographers in the film add further insights. One says:” A dancer is a physical historian”.

Revelations is one of Ailey’s signature and enduring dance creations – first performed in 1960 and featuring the Gospel music of his youth. And as another contributor says: “ he showed a Black boy could actually dance, and escape”, by touching the Afro-American psyche in his intricate and highly emotional dance pieces.

Though lauded around the world, there’s also a glimpse of the shy, private, unfulfilled genius, who seems to have no life apart from his work, and no lasting partner, or support from the Gay community he seems largely to have shunned. The lasting impression is that the feeling of being part of a culture that was not really wanted extended to his private life.

But, through the glorious array of his work on show in the film, his determination to tell the world: “ I am”, will be his legacy.

Ailey is in cinemas and on demand from 7 January.

It’s distributed by Dogwoof more info on how, where and when to watch it here: