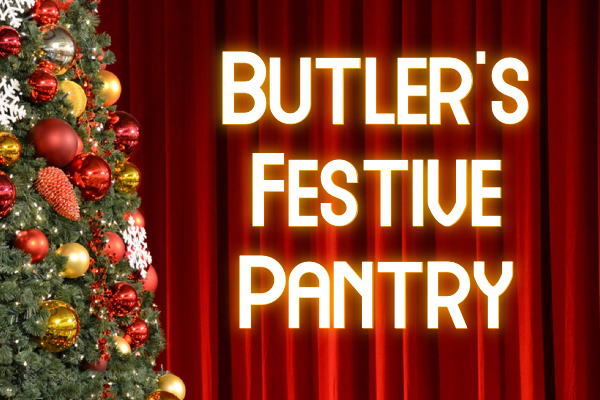 As we come to the end of a year when physical audiences were not allowed for nearly half of it, there’s no shortage of goodies on offer in Brighton and surrounding area as well as London.

Our wonderfully diverse local choirs are all performing in December. First off, on 4 December is Brighton Gay Men’s  Chorus who are hoping to fill Brighton Dome. For one night it’s their Pull A Cracker show . Tickets – brightondome.org.

Next up will be the Rainbow Chorus, on 11 December at St George’s Church  with their show Rainbows Return. Tickets- rainbowchorus.org.uk . On 17 and 18 December Actually Gay Men’s Chorus and the twin talents of the all-male Resound and all-female Rebelles have their shows – Actually’s show – Actually With Bells On – is at St Mary’s Kemptown and Resound/Rebelles at St George’s . It’s also Resound’s 10th anniversary. Tickets actuallygmc.org and ticketsource.co.uk

If you’re London-bound there’s Potted Panto to amuse. It’s a madcap ride through the biggest stories and best-loved characters from the world of pantomime. In just 70 minutes Dan Clarkson and Gary Trainor rush to get everything in, including a hilarious mash-up of Sleeping Beauty and Snow White. You get 7  pantos for your money. I saw it last December and I laughed for the whole show. It’s at the Garrick Theatre from 11 December- 9 January. Tickets- nimaxtheatres.com

Recently reviewed in Scene, the Above The Stag’s adult Queer panto Dick Whittington : A New Dick In Town, plays until January 16. Matthew Baldwin excels as the dame/embalmer ! Tickets abovethestag.org

Tuckshop’s 2nd Annual All-DragWest End Panto Dick Whittington (another one – oh yes it is) is at the Phoenix Theatre this Christmas on selected dates. Starring Cheryl Hole, Kitty Scott Claus, Choriza May and Holly Stars, its cast is completed with Karen From Finance, star of RuPaul’s Drag Race Down Under, and drag King Richard Energy. Join Dick in the glittering streets of Soho with his feisty and funny pussy cast. From 5 December – 9 January on selected dates. Tickets tuckshopuk.com

For something completely different which might please the Queer palate, how about Boys In The Buff? Billed as a Christmas comedy show for adults, it tells of Diana and her boys singing and dancing their stories of self-confidence, body image and society’s unresonably high expectations on our appearance. They dare each other to reveal more of themselves. It’s presented by award-winning The Garden Theatre, and staged at the Drayton Arms Theatre, in Earl’s Court from 15 December-9 January. There are even clothing-optional performances for the audience to emulate the cast by taking their clothes off. Tickets – thedraytonarmstheatre.co.uk

If you missed Ty Jeffries’ alter-ego Miss Hope Springs in London, she’s doing her Chistmas Agogo! Show at Brighton’s Rialto Theatre on 15 and 16 December. She’s a stunning, damaged and confused concoction not to be missed with original songs by Ty. Tickets – rialtotheatre.co.uk

If you want an outrageous Queer-led cabaret soirée, go to The Grotteaux from Shotgun Carousel at Woolwich Works Fireworks Factory. Hosted by Lilly Snatchdragon with a live band, Mark Anthony, Len Blanco and Cleopantha, along with VIP guests, it’s a festive offering of glitz, drag, circus and magic. It plays 16 December -8 January. Tickets woolwich.works

Some performers well-known to Brighton audiences are playing away in pantos. Miss Jason along with chart-topping  singer Allan Jay are in Cinderella at theQueen’s Theatre, Barnstaple from 10-31 December. Tickets- queenstheatre-barnstaple.com

Lola Lasagne is in a drag version of Sleeping Beauty at the Core at Corby Cube from 17-31 December. It’s written by drag queen Mary Mac ( alias J P McCue). Tickets- thecorecorby.com. And Sally Vate will be in Cinderella, headlined as “the shoe must go on”, at The Leatherhead Theatre from 18-31 December. Tickets –theleatherheadtheatre.com

Finally Brighton Dome has The Big Christmas Gathering, featuring The Choir With No Name,  on 9 December and Brighton Festival Chorus in a seasonal concert on 12 December. Tickets – brightondome.org.  Ho ho ho boys and girls