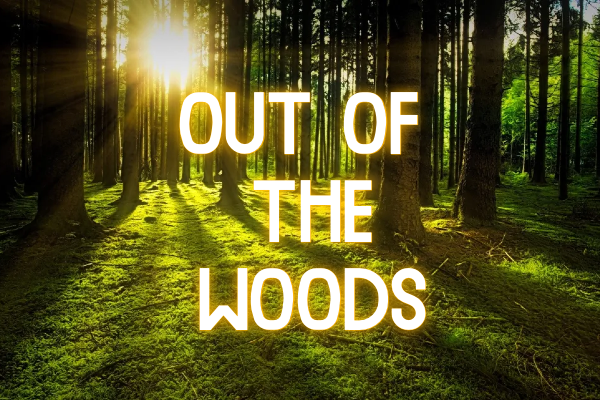 Seems like it’s one step forward and a step back too with at least three big West End shows forced to close recently due to cast contacts with people who tested positive for Covid. The relaxation of self-isolation on 16 August should help. But in the meantime here’s my latest pick of what’s opening ( hopefully).

For two centuries the The Vauxhall Pleasure Gardens drew enormous crowds – circus acts, balloon rides, orchestral concerts and fireworks featured. The darker paths, wooded areas and intimate arbours were for more illicit and illegal entertainments. In 1850 the gardens were in their dying days, but still the faithful visited. Tom Reckless, a handsome young gardener is torn between a hopelessly romantic shipping clerk Ralph, and Lord and Lady Lovelock, a voracious aristo couple. Who will Tom choose?

That’s the subject of  with music by Charles Miller, which premieres a stone’s throw from the garden site at Above The Stag. It has Aaron Clingham as MD and Brighton resident Carole Todd as choreographer. It runs from 15 September- 17 October. Tickets at abovethestag.org.uk

On another level Faulty Towers – The Dining Experience, London’s longest-running immersive entertainment, returns at the Radisson Blu Edwardian from 2 Septmber -18 December. A loving ribute to the BBC TV classic series, it’s been seen by over 1 million people worldwide. Organisers say you get a 3-course meal and 5-star entertainment, with 70 pc of the show being improvised each night. Tickets at faulytowersdining.com

The Funny Girls is a new “what if” comedy about a never-happened meeting between icons Barbra Streisand and Joan Rivers in a fictional stand-off. Roy Smiles’  new play is a clash of ego, with lashings of Jewish humour, starring Mia Tomlinson and Rosanna Harris. It runs at New Wimbledon Studio 17-24 September and Uptairs at the Gatehouse, Highgate 26 October-21 November. Tickets upstairs@the gatehouse.com and atgtickets.com

Denis Rake MC was a Queer musical comedy performer who worked in the West End and all over the UK between the two world wars. In World War II he was recruited as a secret agent and posted to Nazi-occupied France. Set at the end of his performing career when he was in his 60’s, For Queen And Country lifts the lid on Queer people like Denis who were unsung heroes of the war effort. Written and directed by Paul Stone, it stars Neil Summerville as Denis. It’s at the King’s Head, Islington on 7,8,14 and 15 November. Tickets at kingsheadtheatre.com

Invisible Me is a new comedy about the sexual adventures of 3 people , including an HIV+ widower – all of them 60-something. It stars Debbie Christie, Andrew Fettes and Philip Gill. Written by Ben Gosling, it gives us an insight into the human need for connections. It runs at the Studio at the New Wimbledon Theatre from 3-11 September. Tickets atgtickets.com

West End musical theatre star Rosemary Ashe, who recently wowed Brighton audiences with her one-woman show about actress Dora Bryan, takes on another iconic role in a revival of Irving Berlin’s Call Me Madam. She plays opposite “Allo “ Allo ‘s Herr Flick – Richard Gibson. It’s a comedy about love and diplomacy set in the fictional duchy of Lichtenberg. Its songs include: It’s A Lovely Day Today and You’re Just In Love. It plays at Upstairs  at the Gatehouse, Highgate, London September 9 – October 10. Tickets upstairs@thegatehouse.com

In Dumbledore Is So Gay, Jack is in love with his best male friend. With his trusty time twister in his hand, Jack can turn back time and re-write history in his favour. It’s an optimistic revelation of “ coming out” spiced up with Harry Potter characters. It’s written by Robert Hilton and directed by Tom Wright at the Pleasance Theatre, London N7 from 21-26 September. Tickets pleasance.co.uk

It’s a show which delves into the trials and tribulations of modern love, on a journey of lust, romance, marriage and ageing, unrequited love and obsession. It’s directed and choreographed  by Stacey Haynes and co-directed by  Maltby and Shire themselves. It’s only available on subscription at Broadway HD, but you can get a 7-day free trial.

The world premiere of Penetration by Carolyn Lloyd-Davies will play at the Cockpit Theatre in London from 22 September  to 9 October. Its publicity controversially states:” No-one lies about rape. You either consent or you don’t, that’s absolutely clear. But what about when memories aren’t clear? “- their words not mine  – and this challenging piece asks audiences to look at events based on 7 true stories and exercise their own judgement. Tickets thecockpit.org.uk

Also at the Cockpit is Smart Casual a new musical that follows the lives of six friends over the course of a year. It’s described as a  funny and bittersweet examination of relationships, with a sharp score and fierce comedy and offers a contemporary perspective on LGBTQ+ issues. It runs on 20 and 21 August only.

And finally Matt Telford stars as the  late Prime Minister in Margaret Thatcher Queen Of Soho. On the eve of the vote on the homophobic Section 28 legislation, Margaret gets lost in Soho and accidentally becomes a cabaret superstar. Will this exposure to Queer life change her mind? Written by Jon Brittain and Matt Telford, it runs at the Garrick Theatre from 19-21 August. Tickets nimaxtheatres.com