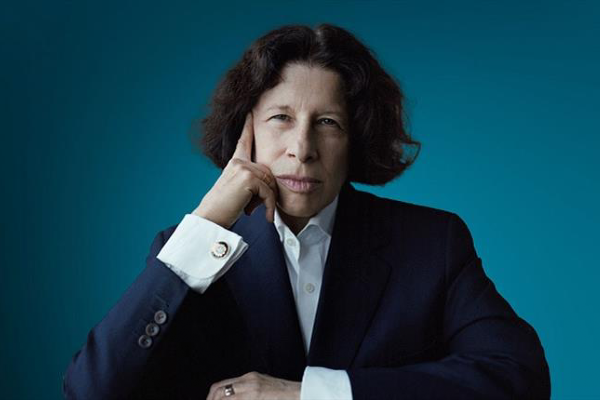 I had to Google to see if raconteuse was a word but yes it is ! Fran Lebowitz is the queen of story-telling- dark, witty, funny and always challenging.

The Dome Brighton  brilliantly partnered with Fane online to give us 90 minutes of Fran, which is some of the best minutes I’ve spent in lockdown. Interviewed by journalist Hadley Freeman, it’s a case with Fran of touching her talk button and off she goes.

There are lots of revelations in this live-streamed session with Hadley. For a start she is in a friend’s apartment using their computer to Zoom to us, because she frankly admits she doesn’t have a cell phone or a computer – never has had, not even a typewriter. “ I don’t like machines “ she tells us.

As for social media – they are not for her : “ It’s never been my desire to be totally available to the entire world 24 hours a day”. She also reveals that having lived in  New York for 50 years , “ there’s not a square foot of New York that’s like it was in 1970. People are furious things change  but the point of a city is that it changes  all the time “.

As an outspoken lesbian she admits she was not surprised by the shocking sexism she was subjected to in the 70’s and  she singles out chat show host  Orson Bean . “ I am surprised that it’s changed. I wasn’t surprised by it then . I never liked it but I couldn’t change it .It’s the world we lived in . Being gay was a crime , and it was less noticed in women than in men. I could wear a 3-piece suit at an event and the first question would be – are you married ? Do you have children?” She says lesbianism was “ unspoken – people were unaware of it “.

Fran has a great skill  in throwaways; “ I don’t take people that seriously….I don’t get intimidated by people…. Andy Warhol and I didn’t like each other ..he sought out fragile people and lots of people round him died…I sold all my Warhol pictures two weeks before he died, so I have a particular fury about this – he died and the prices went high- the prices now are ridiculous. “ Of her friendship  with jazz legend Charlie Mingus she says: “ He was a pretty angry guy – mostly he ignored people”.

Of her own character she revealed: “ I was always opinionated: I never cared whether people agreed with me – even as a kid. People get really angry at me – it’s ridiculous – what difference does  it make ? I have no power – I don’t understand their anger. Now people take a very simple thing to be an ideological stance, whereas they’re just preferences – it’s a very narrow lens. An opinion is not the same as a moral stance, by the way. You can’t be a racist and be a moral person, but not liking sci fi is just an opinion”.

She has quite a store of vitriol  for Donald Trump though she doubts she ever met him. “ In the 70’s no-one took him seriously, not even real estate developers – he was not important enough to be a joke . Hilary Clinton won the election in New York by 9 to 1.”

She admits his 2016 victory was one of the biggest shocks of her life – “ it was literally ludicrous . One of the greatest reliefs of my life was the second Biden won  I stopped thinking about Trump ”. Asked if the country will recover from Trump, she is candid : “ not in my lifetime “

Asked why she has stopped writing  books she says in her Fran way:” I don’t think about myself as much as other people think about  themselves; you get tired of yourself . I never wanted to be anyone else . I have no envy about others . I’ve known lots of smart people but only one wise person “ , she says , meaning the late poet Toni Morrison. ” We were instant friends- I miss her every day “.

On lockdown she says : “ think of all the lives  lost and the people who got sick – a very young child – their whole life will be changed by this – they’re  told don’t touch people; don’t stand next to people “.