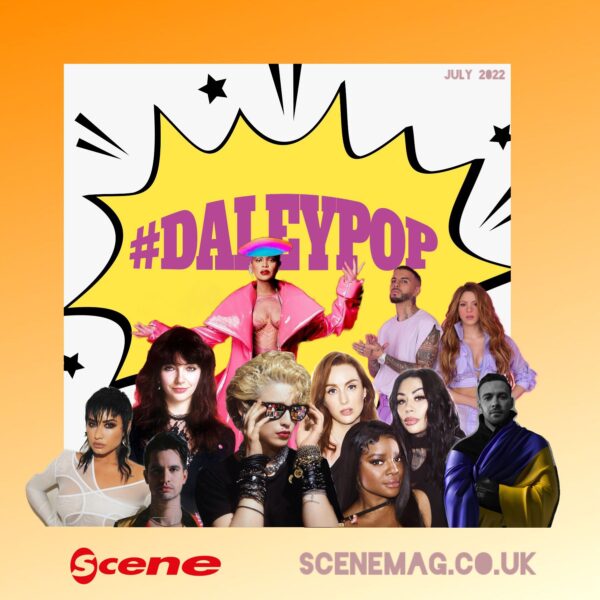 Queen Bey (Beyonce) is back besties! And she’s giving the gays (and the Beyhive) what we want – dance/house music! We really won. On BREAK MY SOUL, taken from upcoming Renaissance album, Beyoncé’s inspiring those “searching for something that lives inside [them]”, and to get motivation to build their own foundations!

This is a major BOP and rather… motivational! I’ll be listening to this song every day until the album comes out on the 29th July and when I’m next at the gym on the treadmill I’ll be on the runway in my mind.

Sugababes aka the most successful British female group of the 21st century are back too, and it’s the original lineup – Mutya Buena, Siobhán Donaghy and Keisha Buchanan. Back in 2013 they released a fresh summery track called Flatline under MKS but it limped in at number 50 in the charts eeeeep probably because of confusion surrounding the group’s name.

They’ve finally reclaimed the rights to the Sugababes name though and they’ve reissued Flatline on to all streaming services so hopefully this time it’ll get the attention it deserved in the first place! #JusticeForFlatline oh and they’re coming to Brighton in October…

OMG Kate Bush is currently number 1 on the official UK charts in 2022… Mind. Blown. Actually this is her second week at number 1 as I’m typing this on the 27th June.

Thanks to Stranger Things on Netflix a new generation are now discovering Kate and how amazing her music is, I just wish I could listen to Running Up That Hill again for the first time ever! Must be the best feeling… ever!

Ukrainian artist Max Barskih is a big deal in Ukraine and has released six studio albums. My fave is 2019’s 7 album, and now he’s dropped this EDM track complete with massed voices singing a line plucked from the real-life war: “Russian warship, go fuck yourself.”

Max recorded this track while in the army and all proceeds go to the Ukrainian military. When Russia invaded Ukraine, Max helped his family get safely abroad and then he returned home to Kyiv and joined the Ukrainian army.

Non-binary artist Demi Lovato‘s hosted a ‘funeral’ for their pop music recently (Cool for the Summer is still superior in my mind though) and has now released this Hole-esque grungey and honest track about their hardships.

Demi said “everyone has their opinion on my struggles, but it’s something that’s personal and I don’t need anyone to keep track of my own journey.”

Omg the emo in me will always love Panic! At the Disco! I remember back in the MySpace days I changed my display name to Dale! At The Disco (everyone did it, not just me ha)…

Anyway Brendon Urie is giving Queen vibes on this new track, which is a good thing! On social media Brendon said “Welcome to Viva Las Vengeance. This is the tale about growing up in Las Vegas. It’s about love, fame, burnout and everything that happens in between.”

Shakira‘s fusing electro-pop and reggaeton on Te Felicito, which translates to ‘I congratulate you’, with Puerto Rican singer and rapper Rauw Alejandro and erm, it’s a BOP. I’m secretly hoping they’ve recorded it in English too though!

ALBUM OF THE MONTH:

The Queen of Pop aka Madonna has released the first of two Finally Enough Love remix compilation albums! The albums celebrate Madonna achieving 50 number ones on the US Billboard Dance Club Songs chart, the most number ones of any artist on any Billboard chart omg annnnnd it’s the first release in a multi-year reissue campaign with Warner, commemorating the 40th anniversary of Madonna’s recording career.

My faves so far are Living for Love (Offer Nissim Promo Mix), Hollywood (Calderone & Quayle Edit), Give It 2 Me (Eddie Amador Club 5 edit), Hung Up (SDP Extended Vocal Edit) and Secret (Junior’s Luscious Single Mix) although tbh… I love them all and the way the mixes flow smoothly into each other is so satisfying.

Roll on the 19th August for the second album and long live the Queen!