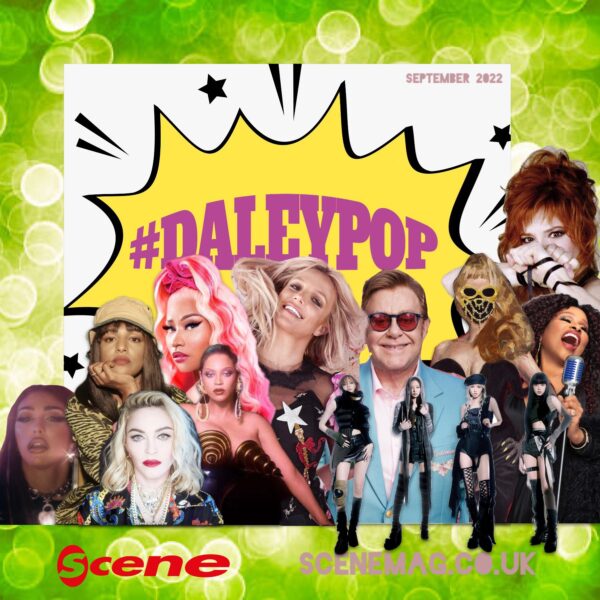 OMG if you told me this time last year, or even this time last month, that Britney would be releasing new music, especially with the Elton John, I never would have believed you but YAY what a time to be alive, it’s a pop miracle!

In my conspiracy theory mind, Britney’s been teasing this project for quite some time now on Instagram via her Project Rose posts but yeah, it’s a certified bop and the perfect end of summer tune. Elton said: “I’m so excited to be able to do it with her (Britney) because if it is a big hit, and I think it may be, it will give her so much more confidence than she’s got already and she will realise that people actually love her and care for her and want her to be happy. That’s all anybody in their right mind would want after she went through such a traumatic time.”

He added: “I’m just crossing my fingers that this will restore her confidence in herself to get back into the studio, make more records, and realise that she is bloody good.”.

Beyoncè and Madonna – BREAK MY SOUL (THE QUEENS REMIX)

Ooh la la, this remix is EVERYTHING! I can’t get over that Beyoncé and Madonna have an official collaboration together! Beyoncé even emulated Madonna’s spoken word section of Vogue and name drops lots of ICONIC black women in music, including: Aaliyah, Rihanna, Lizzo, Kelly Rowland, Lauryn Hill, Janet Jackson, Diana Ross, Alicia Keys, Tierra Whack, Whitney Houston, Solange Knowles (Beyoncè’s sister in case you didn’t know), Nina Simone, Aretha Franklin and Grace Jones but she shouts out Madonna first by saying “Queen Mother Madonna I love ya”, which gives me goosebumps!

K-pop group BLACKPINK are back with their first new song in two years and taken from upcoming album Born Pink, and it slaps! Pink Venom‘s video has become the most-viewed music video on YouTube this year to date and the third biggest ever! Band member Jennie said: “Since ‘pink’ and ‘venom’ have contradicting images, we thought they were kind of reminiscent of us,” and “It’s pink venom, a lovely poison. It’s words that most express us.”.

British-Tamil artist M.I.A. is always ahead of her time IMPO and on Popular she raps and sings and basically mocks influencer culture, which I love ha, over a reggaeton-esque track. The music video is very black mirror and thought provoking too… Check it out HERE

Mylène Farmer’s hugely anticipated stadium tour is kicking off next year so it was only natural for a new single and a new era to begin! Directed by Woodkid (most known for working with Taylor Swift, Katy Perry, Lana Del Rey and Harry Styles), this new single, which translates as ‘Forever’, is taken from Mylene’s upcoming 12th studio album and it’s a song nearly everyone can relate to, a breakup tinged with betrayal.

Mylène is a woman scorned on this track singing in French and English; “Tell him fuck you too, forever. Requiem to start all over again, no more sorry, no more in my flesh. You and your double friend, go back to hell.” Eeeeeep I’m scared, but I love it.

Myss Keta is an Italian LGBTQ+ icon, rapper, and enigma that you need in your life. I’m still so glad Spotify recommended her to me last year, since then I’ve been obsessed with Italian disco pop-rap.

Finimondo translates as ‘end of the world’ and it really, really, REALLY makes me want go clubbing in Milan so erm, looking at flights right… now!

It’s such an earworm and reminds me of the Anaconda days which were so fun too, barb for life right here. Oh and she’s fed us even more with the Roman Remix, true barbz will know who Roman Zolanski is!

Lolahol is Madonna’s daughter Lourdes Leon, yes Madonna’s daughter! I’ve kinda been waiting for this tbh. Lourdes didn’t seem very interested in pursuing music, saying last year: “As for music, I can sing. I just don’t care about it. Maybe it’s too close to home”. So when I saw this track dropped I had to double check it was definitely Lourdes and I hope this is the start of her music career!

Lock&Key is a very smooth and chilled hyperpop/drum and bass track that you’d hear in Zara and definitely worth checking out. Oh and I’m obsessed with Lourdes referencing the Lady Gaga ‘no sleep, mother club, bus, plan, no sleep, bar’ meme… If you know, you know.

Oh Chaka. Thank you for your beautiful voice on this song!

Superstar (or should I say Alien Superstar lolol) Beyoncè has finally released her seventh studio solo album Renaissance and apparently it’s the first instalment of a trilogy project?! Mind. Blown.

Beyoncè really has taken us to Studio 54 (New York’s most legendary club ever) with this album and said: “Creating this album allowed me a place to dream and to find escape during a scary time for the world. It allowed me to feel free and adventurous in a time when little else was moving. My intention was to create a safe place, a place without judgment. A place to be free of perfectionism and overthinking. A place to scream, release, feel freedom. It was a beautiful journey of exploration. I hope you find joy in this music. I hope it inspires you to release the wiggle. Ha! And to feel as unique, strong, and sexy as you are.” YASSS QUEEN BEY!

I still can’t get over that I thought America Has A Problem was going to be Beyoncé’s anthem about the social injustices we’ve been facing, only for it to be about how much of a bad bitch she is… and I love it.

My fave tracks are I’m That Girl, Cozy, Alien Superstar, Cuff It, Energy (featuring Beam), BREAK MY SOUL, Church Girl, Plastic Off The Sofa, Virgo’s Groove, Move (featuring Grace Jones and Tems), Heated, Thique, All Up In Your Mind, America Has A Problem, Pure/Honey and… Summer Renaissance. So the whole album then :).