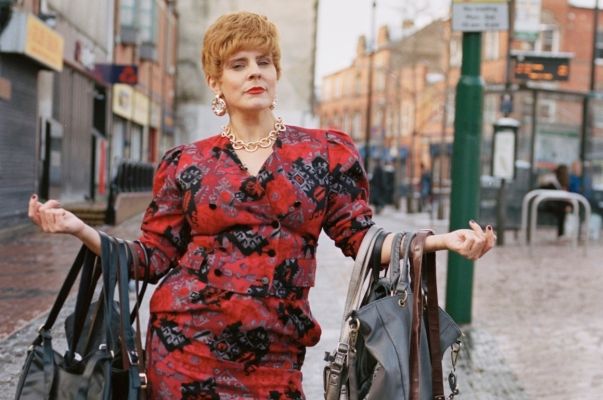 Charity Shop Sue is a legend, she’s an icon and she has mixed feelings about Christmas. We spoke to Sue to find out what she has planned for the festive season. While we spill some tea, you better get back on that till, laydeh.

1. Hi Sue. Will you be getting into the festive spirit at Sec*hand Chances?

I always like the volunteers to dress the shop up, it keeps them motivated when they help curate their own space. I doubt I’ll get to enjoy it like most people cos I’ll be making sure the takings are going up to help those that need it. Charity is a selfless act.

2. Can Christmas get a bit tense with the family? We all saw the arguments you had with your sister.

Not gonna lie, I’d prefer to be in my own space and just pop to Belinda’s to see her for half an hour. However, circumstances have dictated that I live with her for the foreseeable future so that means fireworks most days. But I’ll say this, it’s nice to have company to have tea and watch TV at night with. I got so used to being alone I forgot I was lonely.

3. What advice would you give to someone who’s dreading Christmas?

It depends what they’re dreading about it. In general I’d say find your happiness and safe space. Don’t go spending the time with people who don’t appreciate you. Belinda is a B***h to me sometimes, but I know she appreciates me. And I first realised this when she came to my fashion show in the shop, she appreciated my vision and showed up to support it.

It’s like receiving an MBE that actually means something. Biggest honour ever and I take it very seriously.

5. Who would you say does the best impression of you?

There are a fair few drag queens that I’ve seen that have really got my essence. Of course Krystal Versace did a great me on snatch game, the attention to detail was magic, very underrated actually. Also a lovely Irish queen called Liam X Bee has tuned into my frequency and embodied me. So many others too, I’ll compile a list next time.

6. You should have your own Netflix series. Just saying.

Well I agree with you darlin, I’d even title it ‘Sue’s Game’ cos it’d be their most watched thing of all times. I have so much more to show about myself and the shop.

7. Were you happy with the way you came across on the TV documentary?

No, not really. For a long time I felt stitched up and belittled. A lot of the best bits were left out. I put trust in the 3 @deadswetttv boys who filmed it and they edited the reality they wanted to see. Now I have come around to it after a lot of thinking. It seems my no nonsense managing style has impressed a lot of people and the public seem to mostly love it. So maybe them boys knew what they were doing all along.