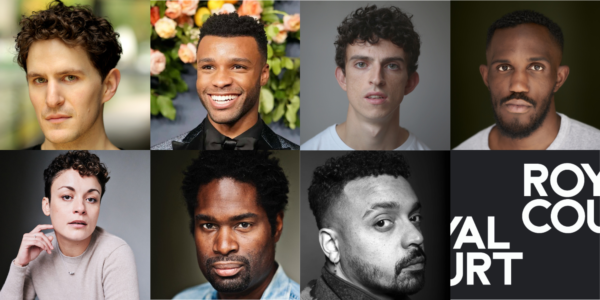 The cast has been announced for Danny Lee Wynter’s new play BLACK SUPERHERO, directed by Co-Artistic Director Designate of the RSC Daniel Evans, which will run at London’s Royal Court Jerwood Theatre Downstairs from Tuesday, March 14 to Saturday, April 29.

Ben Allen, Dyllón Burnside, Dominic Holmes, Eloka Ivo, Danny Lee Wynter, Ako Mitchel and Rochenda Sandall will perform in this brutal, unflinching and funny portrait of one man’s life spiralling out of control, in an age where idols are Kings and our superheroes Gods.

Danny Lee Wynter said: “I am deeply honoured that the Royal Court has chosen to stage my debut play, BLACK SUPERHERO. I feel lucky to have this extraordinarily accomplished group of artists come together to tell this story about a messy, funny, complicated, often savage group of queer friends who drive a man towards his own journey of healing and self acceptance. I wanted to write a big, epic story that asks difficult questions about who and where we are.

“BLACK SUPERHERO is a love letter to the theatre. A subversion of the historical notion that a black, gay man – both in art and the world – is merely an adjunct, a side-note, an unserious man or a source only of amusement. He can, of course, be fun, but he’s also many other things; things the world has made him; things he has learnt to be for his own survival.

“I wanted to place him front and centre at the heart of the kind of narrative that many of us brown boys who like men have, for the most part, been culturally starved of since we entered the world. I have tried to present his myriad flaws, his fears, his sensuality, his intimate desires. To celebrate him, and those like him, by ultimately allowing him to own all of it; by becoming the hero of his own story.”