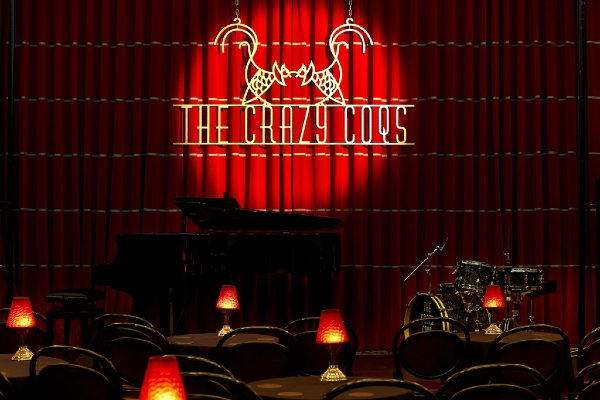 Some of  Brighton’s favourite performers are on the bill at the Crazy Coqs cabaret venue at Brasserie Zedel in London’s West End this month and next.

On 23 November Funny and Fabulous is a tribute to the magical musical theatre talents of Kander and Ebb, performed by Julez Hamilton and Jenna Ryder-Oliver. Accompanied by the highly talented Christopher Welsh on the piano, they take us through some of the theatre duo’s greatest female songs, including City Lights, A Quiet Thing, Ring Them Bells, Mein Herr and All That Jazz. There’ll be lot of Liza and a chunk of Chita. I declare an interest – Christopher has accompanied my singing attempts in the low Queer dives of Islington and Soho.

On 24 November Frankly Marilyn: From Vegas to Hollywood, is presented by Natalie Atkins and David Alacey as Marilyn Monroe and Frank Sinatra, singing among others, The Lady Is A Tramp, Diamonds Are A Girl’s Best Friend, Come Fly With Me and I Wanna Be Loved By You.

Brighton Fringe award winner Ty Jeffries presents his damaged alter ego Miss Hope Springs in I’ve Been Around on 26 November.The self-acclaimed blonde bomb-site tells of her travels and travails, with new chansons and old favourites – all penned and performed by Ty, between Mis Hope Spings’ tales of her many escapades on Hollywood casting couches.

Hove-based West End musical theatre star Mark Inscoe takes us on a brief journey through the travels, words and music of theatre icons Noel  Coward and Cole Porter. It’s a show I first saw at this year’s Brighton Fringe and it’s an absolute knockout.

Richard Hadfield, who I last saw at the  Goldn Handbags Awards in Brighton gave us a song every day of lockdown. The Britain’s Got Talent winner now presents some festive classics and sing-alongs. His show is on 2 December.

La Voix was a sensation when she performed at the Theatre Royal Brighton, and the hottest redhead  in town will fill the cabaret room with her songs, her comedy and her outrageous gowns. She performs her Christmas Cracker on 6 December.

And finally it’s a second outing and a different show for Miss Hope Springs when she presents her Christmas Agogo! Performed and written by Ty Jeffries, we’re promised festive cheery songs and wistful, wintry ballads. Her show is on 10 December.

More information and tickets for these and other shows at brasseriezedel.com