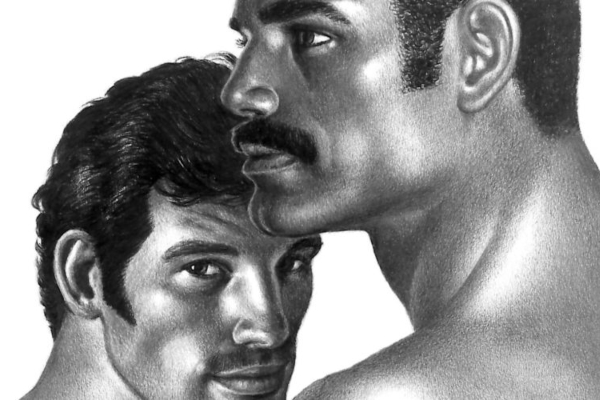 The Finnish illustration artist, Tom of Finland has been a mainstay of gay culture for decades with his highly sexualised and imaginative interpretations of bikers, policemen, and sailors with their bursting bulges proudly on display. His works continue to be just as popular today.

Curator Olivia Ahmad will present Tom of Finalnd’s first ever major UK solo show later this year, with several previously unseen works set to be displayed at London’s House of Illustration to celebrate 100 years since his birth.

Opening in March 2020, the exhibition will also explore how Tom, real name Touko Valio Laaksonen, developed such mainstay significance in gay culture, and will also consider the influence of Tom’s figures on wider popular culture and the fashion world.
The exhibition will focus upon the way Tom particularly fetishised men in police uniform, often a cartoon like depiction of beefcake officers in compromising positions with truncheons on full suggestive display.

Much of Tom’s work was developed before the ban on gay sex was lifted in Finland in 1971. This resulted in many of the drawings showing men fighting and meeting one another without being explicitly sexual.

His explicit illustrations were distributed underground, in sex shops and leather bars creating an underground folklore around his work which has cemented his cultural importance. These have since become available to the mainstream, often now produced in expensive, glossy ‘coffee-table’ books.
Curator Ahmad has collected works dating from 1961 to 1988, including unseen works on loan from The Tom of Finland Foundation in Los Angeles some of which will be unfamiliar to audiences who think they know the work well.

Finland, has in recent years reclaimed Tom as one of its proudest exports.
Ahmad stated of the exhibition “we’re representing how versatile Tom was as an artist, and so as well as showing the kind of monochromatic works in pencil that have become his signature, we will have some more stylised works, works in colour and linocuts”