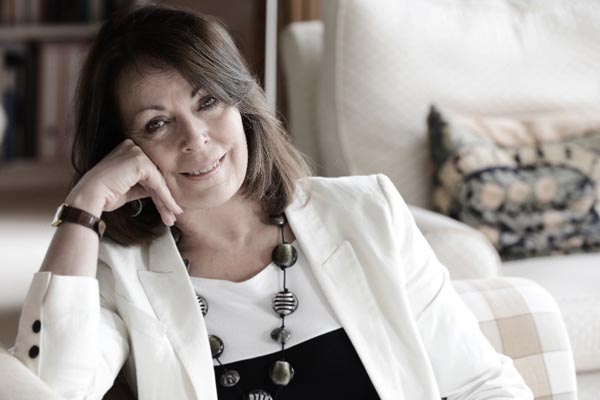 Rose Tremain’s Sacred Country has been chosen as this year’s City Read across Brighton & Hove and beyond.

The concept of City Reads is simple: one book, by one author, is selected for the whole city to read, explore, discuss and creatively engage with.

Standing in a cold Suffolk field with her family, in 1952, six-year-old Mary Ward has a revelation: I am not Mary. That is a mistake. I am not a girl. I’m a boy…

So begins Mary’s heroic struggle to change gender. Moving from the claustrophobic rural community of the 1950s to London in the swinging Sixties and beyond to the glitter of America in the Seventies, Sacred Country is the story of a journey to find a place of safety and fulfilment in a savage and confusing world.

Rose Tremain was one of only five women writers to be included in Granta’s original list of 20 Best of Young British Novelists in 1983, and was made a CBE in 2007. Her award-winning novels and short stories have been published worldwide in 27 countries.

Sacred Country won both the James Tait Black Memorial Prize and Prix Femina Etranger. It has oft been compared to Virginia Woolf’s iconic novel Orlando through its reconsideration of the essence of gender. Apart from its undoubted literary merits, Sacred Country is a non-sensationalist reflection of the tribulations faced by trans individuals.

Written a quarter of a century ago it still feels fresh and important which is why it was the perfect choice for 2018.  Beginning in a Suffolk village in the early 1950s and moving through three decades, we come to know not only our central character Mary/Martin born as a girl into the wrong body, but also the family and characters within that small community; those who find happiness and their place in the world and those who struggle to do so.

Rose said: “I’m delighted that Sacred Country has been chosen for Brighton City Reads.  It seems to me that this city, with its long tradition of tolerance and its talent for celebration is a place where Mary/Martin could have found happiness.  To make this book live again for Brighton readers will be an honour.”

Fox Fisher, film maker, trans campaigner and artist, said: “As a trans person myself, I never saw trans characters in books (or in ‘real life’, for that matter) growing up. Although Sacred Country is written by an author that isn’t trans, I was utterly gripped with the storyline and characters. The audiobook is read by a trans man which adds to the authenticity and is an example of the level of care and consideration when creating this book. As a film-maker, I could really visualise how well this would translate to a feature-length fiction. And when the time comes, I hope the person to make the film is me!”

The full City Reads programme will be announced on Thursday, February 15, 2018