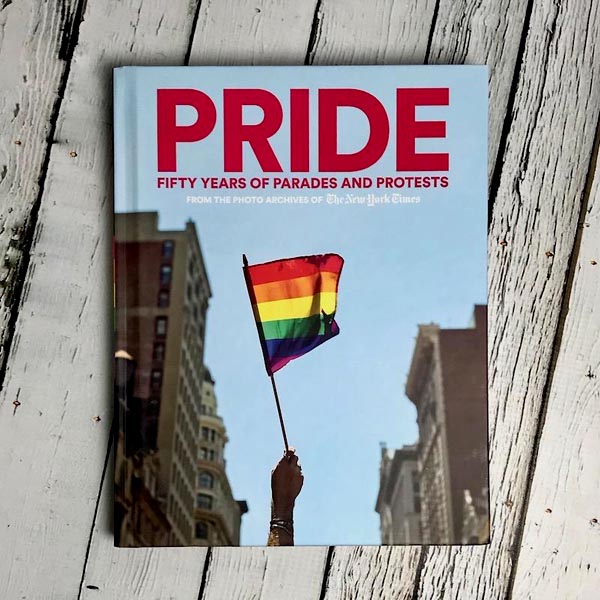 PRIDE is a full colour hardback photography book which captures the parades and protests in the gay community, published on the 50th anniversary of the Stonewall riots, which took place on June 28, 1969. On June 28, 1970, the first gay pride marches took place in America commemorating the anniversary of the riots,  acting as both a celebration of gay culture and an activist movement for equal rights under the law.

The book is an inspiring visual history documenting the resilience of a marginalized group and their fight for civil rights. As gay rights in both America and the world have evolved, the scenes capturing the parade have as well—through signs, dress, and expressions of freedom and love, this book also tells the story of the ever-changing culture of a people. It is a book about celebration, oppression, hope, recognition, and, above all, pride in being who you are.

Although focusing exclusively on the American Queer metropolitan perspective, the book is universal and speaks to us all, LGBTQ+ folks across the world of our shared battles to where we stand today.