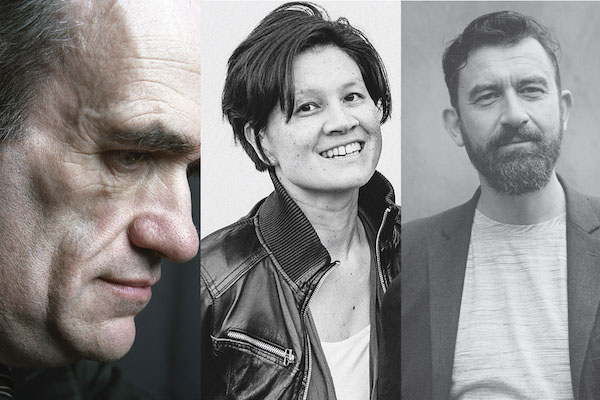 Join Paul McVeigh, Colm Toibin and Shannon Ye this evening at 8pm for a discussion on their Queer Love anthology, which seeks to go some way to redress the lack of acknowledgement of the LGBTQ+ community in Irish literary anthologies. The event is part of the Belfast Book Festival and tickets can be purchased HERE.

Colm Toibin is an Irish novelist, short story writer, essayist, playwright, journalist, critic, and poet. He is the author of nine novels, including The Master and Brooklyn, and two collections of stories. His play The Testament of Mary was nominated for the Tony Awards for Best Play. He is a contributing editor at the London Review of Books and Chancellor of the University of Liverpool.

Shannon Ye is an award-winning writer and creative producer. Her perspectives as an immigrant, biracial ethnic minority (Chinese/Caucasian), queer artist-mother with a disability living in Northern Ireland are deeply embedded in her work. Her award-winning, self-produced, Reassembled, Slightly Askew sonically immerses audiences in her autobiographical experience of her acquired brain injury and since it premiered in 2015 has toured locally, nationally and internationally. Her current projects include her first short story collection, a dance film about pandemic parenting, a children’s book about the impact of lockdown on young children’s mental health, and a radio commission. Her short story, The Brightening Up Side, was published in Belfast Stories (Doire Press, 2019), and Thumbnails was published in Queer Love: An Irish Anthology (Southward Editions, 2020), alongside Colm Toíbin, Emma Donaghue and John Boyne.

Paul McVeigh’s debut novel, The Good Son, won the Polari First Novel Prize and the McCrea Literary Award and was shortlisted for many others including the Prix du Roman Cezam in France. His short stories have appeared in Faber‘s Being Various, Kit de Waal‘s Common People, the Art of the Glimpse and have been read on Radio 4 and Sky Arts. He is associate director of Word Factory and he co-founded London Short Story Festival. Paul has edited Belfast Stories, Queer Love: Anthology of Irish Fiction and The 32: An Anthology of Irish Working Class Voices.