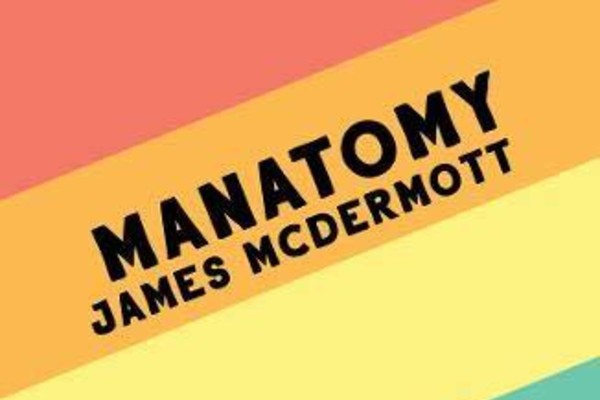 One of the dark funny diversions of lockdown has been watching the short series of films Distancing by poet  James McDermott ( reviewed  in June  by Gscene ) . Now the writer who teaches scriptwriting at Norwich Theatre Royal, is about to have his debut volume of poems “ Manatomy “ published on 26 August.

It’s billed as a wry, witty and cheeky set of poems exploring how nature, nurture, pop culture and politics have shaped the writer’s identity as a camp, gay man.

Ahead of publication I can’t reveal too much but if the very short Gay Lord’s Prayer is anything to go by it’s incisive, heart-warming and will make you smile- as the poem goes: “ teach us that being a man is about being brave enough to be your own man. Give us everyday your love and respect. Forgive your generation’s sins……”

Helping to publicise the volume, gay superheroes Stephen Fry and Julian Clary have both heaped praise on the young writer. Fry says: “ Simply magnificent. You don’t have to have grown up gay to appreciate this poetry but it will have a special charge, beauty and meaning for those who have. “ Clary added: “ Bold, graphic and startling.”

You can pre-order signed copies with your own bespoke message from the poet for £10 from Burning Eye via james McDermott.bigcartel.com

Watch out for my review after publication day .

You can catch Distancing on YouTube and another McDermott series ZoomRoom