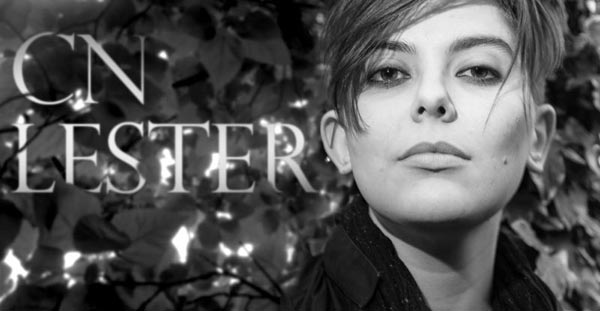 CN Lester is researching the life and works of Barbara Strozzi supervised by Dr Lisa Colton in the Centre for the Study of Music, Gender and Identity.

Musician and activist CN Lester is completing a PhD project at the University of Huddersfield, investigating and appraising an important but neglected woman composer of the 1600s, but has also published a highly contemporary new book on transgender issues that is being described as ‘agenda setting’.

Under the aegis of the University’s Centre for the Study of Music, Gender and Identity (MuGI), CN is researching the life and works of Barbara Strozzi, born in Venice in 1619. She was the composer of eight volumes of music, mostly for the soprano voice.

CN Lester – who has degrees from leading music colleges – is a mezzo-soprano singer with a speciality in the performance of early music, including operatic works that would originally have been performed by castrato singers.

An out genderqueer person and hailed as a role model for trans people, CN’s musical activities include the ensemble Ursula’s Arrow, which performs works by early women composers.

The new book, from leading publisher Virago, is titled Trans like Me. It poses the question of what it means to be transgender and how the subject should be discussed.

Drawing heavily on the author’s own experiences it investigates a wide range of issues –from the distinctions that are commonly drawn between ‘sex’ and ‘gender’ to the use of gender-neutral pronouns, a sceptical account of the Caitlyn Jenner saga and a speculation on a future in which “the fact that some people will make changes to their sexed bodies will be understandable, and unremarkable, aspect of life, stripped of stigma and shame”.

Early reviews of Trans Like Me have described it as “important and timely”.

Leading civil rights campaigner Shami Chakrabarti commented that the book makes “a vital contribution to a debate that has often contained more heat than light”.

Meanwhile, at University of Huddersfield, CN Lester’s PhD project on Barbara Strozzi is supervised by Dr Lisa Colton, who  directs the Centre for the Study of Music, Gender and Identity and whose own recent publications include a chapter titled  “Music in the Margins: Queerness in the Clerical Imagination, 1200–1500”, in the new Oxford Handbook of Music and Queerness.

CN’s PhD is performance-based, so it will include a new recording of music by Barbara Strozzi, a composer who – CN believes – was just as important to the development of Western vocal music as Claudio Monteverdi, and yet is generally ignored by music degree courses.

“The level of endemic misogyny in how we think about ‘high art’ is quite extraordinary.  Music has been very slow to acknowledge the problem there,” said CN. “I don’t think it is right to receive a BMus and a MMus from two very high-ranking universities and not hear a single word about women composers.”

This is one reason why CN Lester admires the University of Huddersfield’s MuGI, describing it as “really important”.

“I can’t praise it highly enough. I loved my previous work as an undergraduate and postgraduate student but I’ve never had a learning environment like Huddersfield. I’m a big fan!”