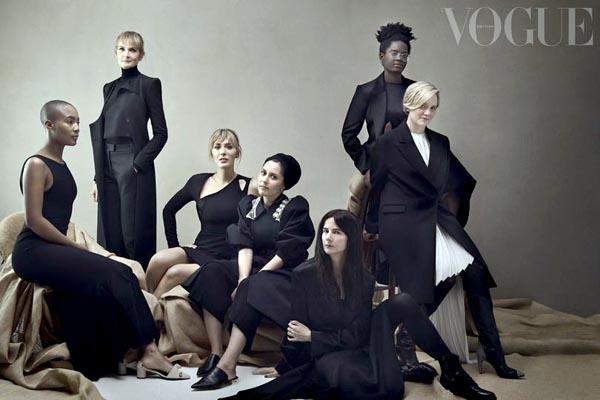 Men should start behaving themselves was the message from University of Brighton honorary doctorate Paris Lees, who has become the first openly transgender person to feature in the British Vogue magazine.

The award-winning writer, TV personality, presenter, equality campaigner, and University alumna is one of seven influential women featured to mark the 100th anniversary since women were granted the vote.

Paris graduated from Brighton University in 2009 in BA(Hons) English Language and Literature and was awarded an honorary degree of a Doctor of Letters by the University in 2016 in recognition of her major contribution of transgender identity in contemporary society and of her work as a journalist and social commentator.

Paris says: “One thing that would improve the lives of women is if men would behave themselves – hashtag not all men, just a significant proportion.”