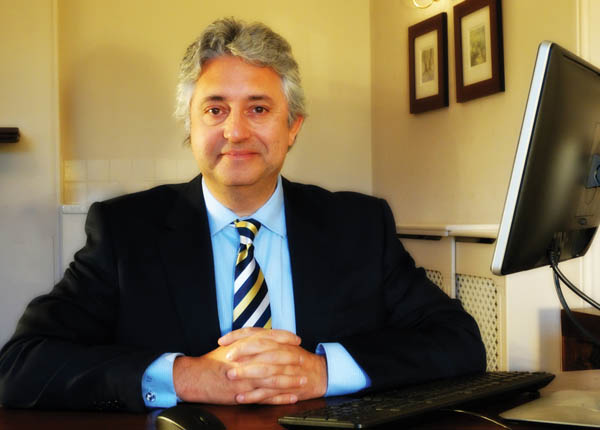 How to cope with Chronic Fatigue Syndrome by Dr Rajendra Sharma.

There are no specific tests in conventional medicine for Chronic Fatigue Syndrome (CFS) and diagnosis is based on the patient’s symptoms. This means that CFS is really a ‘label’ rather than a diagnosis and the label is based on excluding identifiable diseases.

The patient’s symptoms must include fatigue, or lethargy, which must have been causing:
♦ a 50% drop in physical and social function for at least six months and four of the following symptoms must also be present:
♦  Physical: sore throat, persistent infections, swollen and/or sore lymph nodes, headaches and pain in muscles or joints.
♦  Psychological depression: impaired memory or concentration, excessive sleep requirement, appetite loss or gain and agitation.

What leads to CFS?
Some doctors doubt CFS has a physiological cause and consider it a psychological issue. That said, stressful events, be they physical (lack of sleep, over or under exercising, alcohol/drug use, nutritional deficiency, food intolerance/allergy and many others) or psychological (such as professional, personal or social issues) may lead to CFS.

CFS can occur with no previous or obvious illness preceding it, although in many cases seems to follow an infection. CFS has been reported in association with dormant or persistent (chronic) viral infections such as Epstein-Barr virus or Herpes and testing to rule these out needs to be considered.

Toxicity from environmental chemicals, such as heavy metals, pesticides and other organophosphates and environmental toxins, have been evidenced as being associated with CFS. There is a higher rate of CFS in those working in jobs that have exposure to chemicals such as pesticides and also in those using recreational drugs.

Scientific papers also show imbalanced and unhealthy bowel flora is associated with CFS and many people with CFS have a long-term bowel issue or have used many antibiotics which alters the bowel flora. Establishing bowel health is vitally important.

Food intolerances and allergies may be a frequently and unidentified part of CFS.

What is the cause of the tiredness?
The conventional medical world has yet to embrace scientific papers, published since 2009, that identify CFS as being associated with the dysfunction of mitochondria. These are the small parts of cells that produce energy from sugar and oxygen. They can be present in the thousands in busy cells such as the heart muscle and the nervous system.

Research shows that in the presence of diminished mitochondria function, a lack of energy in nerve pathways transmits feelings of fatigue to the brain.

Faulty mitochondria lead to a lack of available energy for the body’s cells, so potentially it can affect any area in the body.

Another effect of fatigue can be caused by a stress/adrenaline response which leads to blood vessel constriction and reduced blood flow to parts of the central nervous system. Long-term poor perfusion of oxygen and nutrients leads to fatigue and other symptoms.

How do I know if I have CFS?
General practitioners simply don’t have the time to go into the very detailed medical history needed to ascertain if a patient has been exposed to long term stress, environmental pollutants or whether one has a reduced immunity. It’s also important to establish if your digestion and bowel flora are healthy.

However, pioneering (non-NHS) tests can now be used to measure cellular ATP production and identify deficiencies in specific nutrients needed by mitochondria. Tests are also performed to measure environmental toxins that block these cell ‘batteries’ from making energy.

If infection either preceded the start of CFS, or is a recurrent part of the picture, chronic infections and depressed immunity need to be assessed.

Conventional Therapy
Current conventional therapy revolves around graded exercise, Cognitive Behavioural Therapy and antidepressants, but there is a slow recovery time associated with such treatment.
Integrated Treatment and therapeutic options

As there may be many underlying causes to CFS, working with your health practitioner and undergoing tests clarifies the best treatments.

Using natural supplements, plant and herbal extracts, bowel bacteria can be rebalanced and chronic infections, including viral and yeasts infections (such as Candida), can be removed. Supplements can also support detoxification at a cellular level and by promoting liver activity.

If chronic (long-term) stress is an issue, then natural remedies known as ‘Adaptogens’ help the nervous system increase calming and de-stressing neurotransmitters.