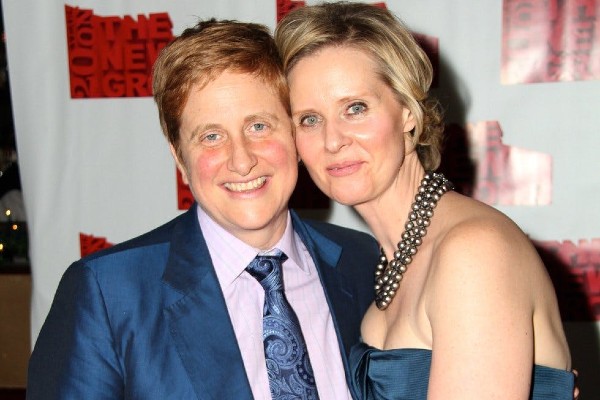 Openly queer Sex and the City actor Cynthia Nixon has weighed in on the controversy surrounding author JK Rowling, saying she doesn’t understand Rowling’s stance. Nixon told the Independent Rowling’s beliefs were ‘baffling’ and contradicted the theme in the Harry Potter series of ‘championing people who are different’. She continued Rowling’s denial of trans existence was ‘really painful’ for her 23-year-old trans son Samuel, as ‘much of his childhood was tied up with Harry Potter’.

Nixon recently told Attitude Magazine she identifies as ‘queer’, as opposed to lesbian or bisexual. She said to her, queer means ‘I don’t have to go into the nuances of my sexuality’. Nixon has been in a relationship with her wife Christine Marinoni since 2004 and has been an advocate for LGBTQ+ rights throughout her career, with her response to Rowling being her latest statement of support for trans and gender non-conforming people.

Rowling has been accused of transphobia on multiple occasions, such as when criticised the gender-neutral phrasing – ‘people who menstruate’ – in a Devex article about the coronavirus pandemic’s implications on menstrual hygiene. She received backlash from many, with one Twitter user calling her an ‘awful’ person who ‘hated trans people’.

Trans support network Mermaids recently published an open letter to Rowling, asking her to understand the impacts of her comments, after some trans people had reportedly self-harmed after hearing of her thoughts on the trans community.