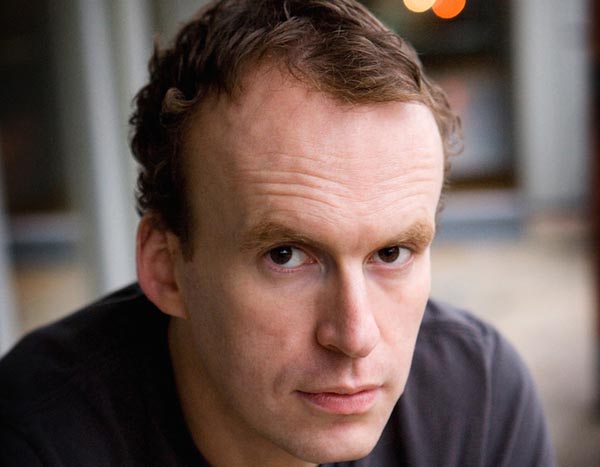 City Reads Brighton and Hove, the longest running big read in the UK, has announced that its chosen book for 2015 is Matt Haig’s The Humans, an accessible, funny and inventive book that asks what it means to be human.

The festival, now in its tenth year, culminates in events around Brighton and Hove from October 10 – November 1.

City Reads is organized by Collected Works CIC and aims to spread a love of books and ideas to the widest possible audience throughout Brighton & Hove. Each year one book is selected for the whole community to read, discuss, debate and creatively engage with in a series of special events, workshops and performances.

Author Matt Haig, said: ”I am overjoyed to have The Humans chosen as this year’s City Reads title. I originally wrote the book as a kind of advert for the human race, and I wanted it to be a story that as many people as possible could enjoy. It was a very personal book for me, and I really hope you like it.”

Sarah Hutchings, City Read’s Artistic Director, said: “This book changes lives.  As soon as I read the book, I knew we’d found our 2015 title. It made me laugh, it made me cry, it was a book I wanted to share with family, friends and acquaintances, so choosing it for Brighton & Hove’s annual big read seemed like the perfect way to do that. Matt has described the book as ‘a kind of advert for the human race’ – a book he wanted as many people as possible to enjoy. That sentiment sums up the whole ethos of City Reads. Some of the people I’ve recommended it to have interpreted if very differently to me and isn’t that what a good book should do?”

Highlights of the festival will include a closing event on November 1 at The Old Market featuring Matt Haig in conversation with Alex Clark, and Human Poetry, with Jackie Kay, Dean Atta and Vanessa Kisuule, which will explore the complexities of identity and what it means to be human.

There’ll also be a Sci-Fi Film Weekender, including the acclaimed Under The Skin, Pinocchi, and Invasion of the Body Snatchers (October 23 – 24, One Church, Brighton).

For young creatives aged 16 – 25 there’s also the chance to enter the Young, Human and Creative competition, where young people are invited to create works around what it means to be human. The challenge is in three categories – photography, writing and illustration – with a development opportunity as the prize in each category.

On October 10, City Reads will also be celebrating World Mental Health Day in partnership with Action for Happiness, with free events at Jubilee Library including a Happiness Café, discussions about reading, featured mood boosting books and the chance of win copies of The Humans.

The complete programme of City Reads events will be announced in September.