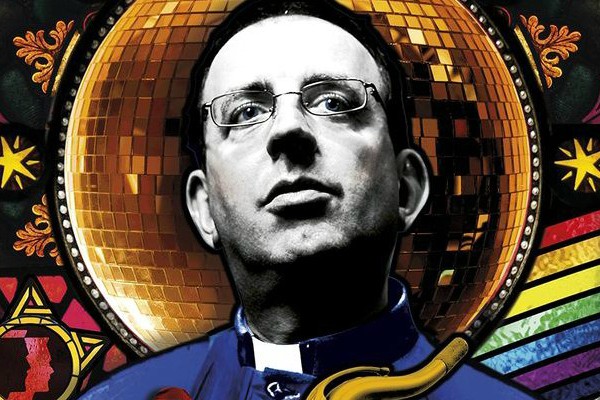 Fathomless Riches: Or How I Went From Pop to Pulpit

Fathomless Riches is the Reverend Richard Coles’s warm, witty and wise memoir in which he divulges with brutal, searing honesty and intimacy his haj from a rock-and-roll life of sex and drugs in the Communards to one devoted to God and Christianity and TV punditry.

He’s very honest in this book, deliciously waspishly candid about his life and I found it encouraging that he tells us some shocking stories of his arrogance, lies & deception and grand indulgences that he’s had the miss/fortune to take part in they are also placed with care alongside some very funny anecdotes that made me laugh out loud, he’s a very imperfect man but his blunt honesty charmed me, even when his odd reluctance to call the church out more on it’s institutional failings and cruelty annoyed me.  His ego is a constant companion too, but then this is his memoir and the gent has lived a large proportion of his life out in the spot light or glitter ball, so i can forgive this, his brutal honestly about his own failings more than makes up for that.

His life has been framed by the AIDS epidemics and there are some awful moments that  recall the horror of those years. His telling of the losses and horror, madness and confusion of those times will be familiar to a lot of people, again he does it with a candid vigour that bears witness to the suffering but also to the desperate times they were, the urgent push for some kind of meaning rescued from the pandemic.

However there’s no doubting this book is a wonderful headlong lurch from one world to another with a candid enquiring mind in the driving seat and well worth the read.  Part confession, part damnation this very modern memoir impresses. The result is one of the most unusual and readable life stories of recent times, and has the power to shock as well as to console. A wonderful book and one worth smuggling into the daily mail reading family members book pile at Xmas just to watch their faces when they read it…ha ha.  It’s got that jolly vicar off the tellybox on the front, what could possibly go wrong……

Coles is my new favorite person i want to get stuck in a train carriage in a snow drift with, as long we’ve got a large bottle of rum and a digestive for the good Rev to dunk.