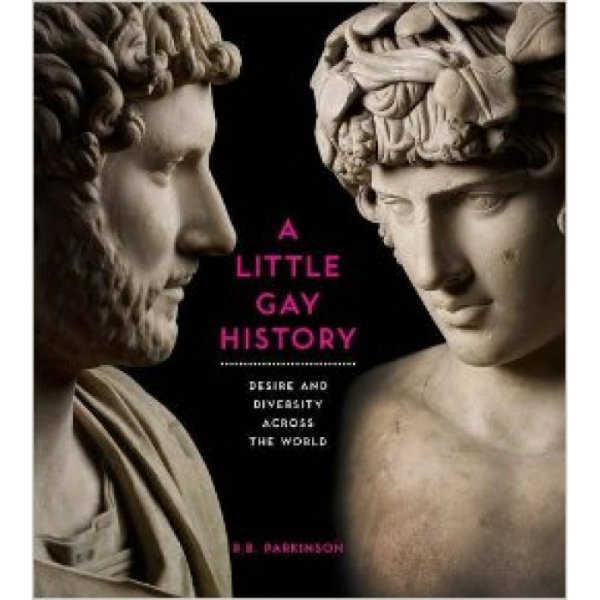 A Little Gay History: Desire and Diversity Across the World

‘Homosexuality’ as a way to describe a single category of behaviour is a modern European term, but same-sex desire is not a modern western invention (as has sometimes been claimed). The British Museum has a large number of objects that provide evidence that desire between members of the same sex has always been an aspect of human existence and experience. Evidence shows that same-sex sexual practices and a variety of gender configurations were known in Africa before the arrival of Europeans. These practices and beliefs were largely prohibited by colonial administrators, and have often been forgotten, creating the impression that such things never existed on this continent.

You can follow this superb British Museum Trail for LGBT History month yourself, and see ( most of) these superb objects in all their Queer splendor!

The book also explores gender identity in a historical context . Gender roles vary between different cultures and are not a universal ‘given’. Ideas of what it means to be a man or woman vary, but many cultures also envisage the possibility of a third gender and the possibility of changing gender. In indigenous American societies cross-dressing was common, and some important pre-Colombian deities have male and female attributes in both oral accounts and visual representations. In Mexico, for example among the Mexica (Aztecs) and Huastecs, Tlazolteotl, the goddess of filth and sexual excess was in some incarnations represented as a woman warrior with both female and male characteristics.

Explored are the issues behind forty artifacts from ancient times to the present, and from cultures across the world, to ask a question that concerns us all: how easily can we recognize Queer love in history? You can see an on-line description of some of the artifacts featured in this neat little book here.

Learn more about LGBT/Queer objects in the British Museum here

For more information or to buy the book see the publishers website here: