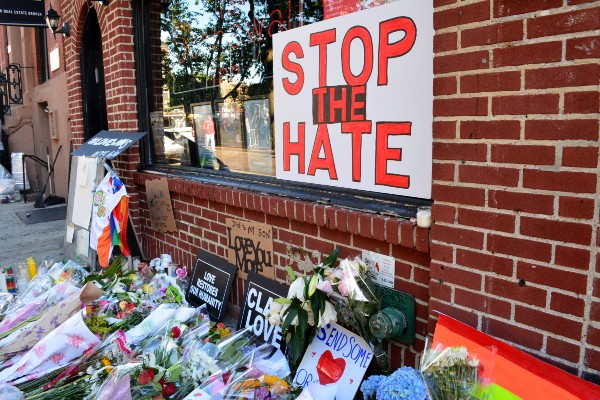 Many LGBTQ+ people and allies have criticised the BBC for including JK Rowling’s controversial essay, Reasons for speaking out on sex and gender issues, on its good writing prize list. The broadcaster’s Russell Prize list is compiled by BBC’s media editor Amol Rajan who named it after Nobel laureate Bertrand Russell, Rajan said it seeks to “celebrate journalism and writing that honours the intellectual and moral virtues Russell’s prose exemplified.”

In Rowling’s essay, she said she had a “deep concern about transgender activism”, and continued to compare being trans to having a mental illness. She also said she could have transitioned if she was ‘given the option’ when she was younger, but suggested these feelings can be grown out of.

Amol Rajan, who selected Rowling for his own prize, praised the author for her ‘bravery’, saying: “I do take an issue on abuse and trolling, and Rowling has achieved the inglorious honour of topping many a league table for those. The deluge of hatred that she faced before writing this blog made it brave, and it was nothing compared to what came after.”

Many LGBTQ+ people were outraged at the BBC’s decision to platform Rowling’s anti-trans essay. David Levesley, editor at lifestyle magazine GQ, described the essay as “an entirely misinformed, factually inaccurate attempt to justify her own transphobia”. A digital designer who has worked with the BBC, Tom Coates, tweeted: “I am a huge defender and advocate for the BBC but giving a prize to an anti-trans essay must surely violate their editorial standards and guidelines. How can it not?!” Another Twitter user added: “JK Rowling’s piece may be well written however it is full of inaccuracies but thank you BBC for using the money I pay for my licence to support transphobes.  Where is the balance on this?  Not everyone abused her, some questioned really well.”

The BBC has also been criticised recently for platforming notorious anti-trans group, the LBG Alliance, by including a comment from it in a piece on long waiting times for the NHS’s only gender clinic, which argued young people should not be able to ‘self-diagnose’ gender dysphoria. Ofcom chief executive, Melanie Dawes, said the broadcaster’s current editorial practice of requiring critical voices in all discussions relating to transgender people is “extremely inappropriate”, and said Ofcom is working to provide information to broadcasters to try and prevent them from “bringing inappropriate voices to the table” on topics such as LGBTQ+ rights.