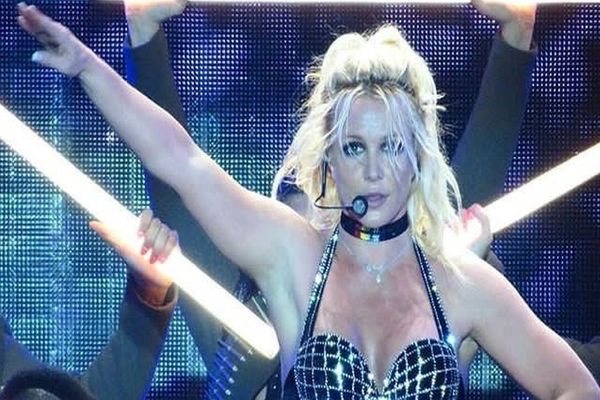 Britney Spears was placed under an involuntary conservatorship in 2008 after a public breakdown. She lost control over her finances and even her own body. She was unable to drive, seek legal counsel or attend to her own medical needs. After 13 years, she gave explosive testimony in court, declaring “I want my life back.”

Meanwhile, the Free Britney movement took fandom to another level, creating a global campaign to secure Britney her freedom.

Jennifer Otter Bickerdike is a rock and roll historian and author. Her latest book takes a serious and sympathetic look at Britney’s life and career. Jennifer argues that it’s time to give Britney the credit she deserves for her triumphs as an artist and an entrepreneur. We spoke to Jennifer about all things Britney, from Blackout to Work Bitch to her ongoing battle for freedom.

“Britney cannot be defined by her conservatorship and mental health issues. Those are small parts of the larger story of Britney, and those are the things the media tends to focus on. They don’t focus on her music or her as a business woman. They don’t focus on her as a survivor and a badass. That’s why it was important for me to write this book.”

Your last book was a biography of Nico. Some would see her as the counter opposite of Britney, but are there similarities? “They’re so similar it’s frightening. The way that the media have tried to tell their stories, pigeonhole them and rip them down. Even though one is a cult icon and the other is one of the biggest pop stars ever.”

Britney was simultaneously attacked for being too sexual, and also for being too prim. “Why is it that it’s Britney that people take it out on? She’s a pop star, not a religious figure or a mentor. It’s important to contextualise the time Britney was brought into the music industry. It was the era of Bill Clinton and the Monica Lewinsky scandal.”

“Sex eduction in schools taught that heterosexuality was the normative way, and best practise in heterosexual relationships was abstinence before marriage. The AIDS crisis reached its crescendo in 1998. Here comes Britney with her Southern Baptist background, seemingly safe and clean. She’s not going to tempt your kids to the dark side like Madonna. She’s not cooing about being ‘like a virgin’, she’s proudly saying she is a virgin. You get this whole sexual panic.”

Listen to our interview with Jennifer on the Scene Podcast

“As a teenager you want to push your boundaries by being sexy and cute. So Britney brought that rebellion for the girls who were watching, but also a degree of safety for the parents.”

Did Britney have much control over her music when she started? A lot of people accused her of being a pop puppet. “She was a minor when she started. How much control does any minor have over what they’re doing? Besides, how much does any pop star? I don’t think any of us can know how much control she had. One thing Britney infuses into everything she does is Britney. You never hear about her being a diva. She’s very congenial, always very polite. That’s authentically who she is.”

She also became notorious for miming. Some have argued that’s because she was encouraged to sing in an unnatural style. Can she sing? “One of the most important videos I watched doing this research is Britney doing a cover of You Oughta Know by Alanis Morissette.” It’s a rare video of her singing fully live on the Circus Tour. “I still get goosebumps talking about it. Alanis is all about girl power. Britney gets up there and her hair isn’t perfect, you can see the extensions. It’s just her singing, there are no dancers for the opening part. She just belts it out and it’s one of the most moving performances I’ve ever seen. The anger, the vitriol, the hurt – you’re watching it and you’re like ‘Yes, girl!’ This is happening at the beginning of the conservatorship fiasco. It’s a breathtaking performance. That’s her singing voice right there.”

Do you think Blackout is her best album? “Absolutely. There is no other Britney Spears, she is an amazing creator. I can talk about Blackout until the cows come home. Here’s a woman at her lowest mental point. She pulls together this pastiche of crazy producers and writers. She makes this alien, crazy sounding album. It’s a punk rock record to the fullest extent. It’s two fingers up. And Piece Of Me – it’s like she’s saying Piece Of Meat. For her to sing those words at that time is incredible. It’s a genius record.”

“One thing I talk about in the book is Britney’s perfume empire. A bottle of Britney Spears’ perfume is sold every fifteen seconds. Even Trump, Madonna and Lady Gaga have sold cologne. Britney reigns supreme over them all though. We should all aspire to be as strong, as successful and as smart as Britney Spears. That’s my take away from writing the book.”

She was placed under conservatorship in 2008: a 26-year-old multimillionaire performer. Conservatorships are designed for people with degenerative illnesses like dementia. How irregular was that legal process? “Completely irregular. Britney had two kids back to back, she’s going through a divorce and this insane media scrutiny. She’s experiencing horrendous postpartum depression.”

“People immediately think she must be crazy and unable to deal with anything. She’s put into a 51/50 (involuntary hold) not once but twice. It’s absolutely disgusting. They threatened her by denying her access to her kids. I think that’s the only reason she stayed in the conservatorship for so long. She put her children above herself for 13 years. It’s like a real life Handmaid’s Tale but it’s Britney Spears, one of the most famous people in the world. She’s being treated like a slave.”

Curious to think about Motley Crue and Ozzy Osbourne being applauded for acting crazy: biting heads of bats, snorting ants and trashing hotel rooms. And yet Britney has a mental breakdown and loses her freedom.

She continued to perform. References to her bizarre legal arrangement were few and far between. And then came Britney’s Gram, a podcast dedicated to analysing her Instagram. “They receive an anonymous call on their voicemail. They were tipped off that things were not as they should be.” The caller said Britney was being held against her will in a mental health facility. “That was the beginning of the Free Britney movement, although Jordan Miller had coined the phrase in I think 2009.”

“Fandom can really influence people’s lives. Britney had been silenced, one of the most famous people in the world. Totally neutered; her voice taken away from her. And yet she’s performing on stage as if she has power and putting out more perfume. She isn’t living freely though. I think that struck a nerve with a lot of people, and it’s why the Free Britney thing got so much traction.”

“I like to take icons like Nico or Britney and put them in their rightful place. I realised there wasn’t a thoughtful, scholarly book on Britney. I wanted to do it for her and for Britney fans. I wanted her to be taken seriously. It was a feminist protest writing the book in many ways.”

Being Britney: Pieces of a Modern Icon is available to buy now.